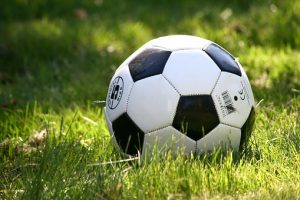 Discreet and Delicious Performance Chefs, run by Rachel and Becky, is a brand within catering company Talk Eat Laugh. Discreet and Delicious Performance Chefs specialise in cooking for elite athletes, especially, but not exclusively, Premier League footballers. We also have experience of cooking for swimmers, rugby players and skiers, but no sport or athlete is off limits. We are now experts in adapting recipes to meet both complicated periodised nutrition requirements AND individual taste preferences, but it all began after a chance encounter.

Rachel and Becky arrived at the business via two very different routes, and both now bring different skills to the operation of the company, contributing to it’s success.

Before Discreet and Delicious – Rachel’s Story

In Rachel’s own words:

“Cooking was always going on in my mother’s house and my grandmother’s house, all I did was join in. It seemed to me as a child, that the most fun to be had in the house was in the kitchen.

Due to dyslexia, I didn’t learn to read and write the way other children did in school, so I always had to do things differently. I lived in a world of smells, sounds, tastes, textures and images longer than those who were reading books.

There were two things that I had discovered I could do well without needing to read or write. Those things were maths and cooking, and I put my energies into both.

Somehow, I ended up at university studying mathematics, first in Canada then back in the UK on the south coast. I finally taught myself to read as an eighteen-year-old in Canada, it seemed about time.

As a student I met people who heard that garlic bread could be made but didn’t have a recipe for it. These were also the sort of people who fed themselves on tins of soup. I knew from the first time I tasted garlic bread, how it would be made, and I’d never seen soup come from out of a tin. Needless to say, I didn’t become friends with the tinned soup people. I made friends in kitchens with people making omelettes for lunch.

Probably in a student bar, but possibly in a kitchen, I met Becky. She taught me to make crisp sandwiches (I thought this highly controversial and avant garde) and everything I know about Chinese cooking. Becky taught me to thicken a boiling liquid with slacked cornflour and enhanced my nascent deep-frying skills by showing me how to fry prawn crackers and make spring rolls. Becky remains one of the few people who cooks food for me without getting flustered. We shared a flat in the early 90’s. Cooking and shopping together for everyday meals Becky and I got to know each other very well. As the business began to expand it made sense to give the responsible job of looking after it to someone logical and organised.

When it came time to start a career, none of the doors that a degree in mathematics opened appealed to me. I didn’t like the idea of teaching, being an accountant or actuary. I had to come up with something and the thing I came up with was being a Chef.

I trained as a chef and then continued training to become a pastry chef. A mathematics degree is easy, it involves sitting around thinking and occasionally showing up at a lecture or an exam. Compare that to two years day release of unremitting onslaught to become a Pastry Chef. Acquiring exacting technical skills and understanding food science in minute detail was only part of it. At the same time, we had to hold down demanding jobs in the busy kitchens of high class hotels. This was so that the college course could reinforce our growing knowledge of process and organisation of a professional commercial kitchen and vice versa.

From there I moved to London and worked in a Five Star Hotel in Knightsbridge. Then I made the move to be a private chef. I travelled the world cooking for HNW clients, in villas, in castles, on boats, on private islands. Sometimes even going shopping by helicopter! I can’t say who I’ve worked for. That’s private, a private chef is about being private. Famous people in their own homes want you to run a calm and organised kitchen and to put delicious food in front of them and their guests. That’s it.

The concept of a Performance Chef was still brand new when, after 20 years, I got a job working as private chef to a footballer at Premier League club Southampton. About this time, sending players home with nutritional guidance was fairly new and I found it fascinating. The player was friendly and chatty when I was at his home, cooking his evening meal, and it became clear from the things he was saying that there could be an opportunity for a business, providing players with chefs who were trained in nutrition. If players were going to be expected to adhere to the nutritional guidance at home, when few of them can cook, then perhaps there was a market for training and placing Performance Chefs with them.”

It quickly became clear from Rachel’s daily chats with the Southampton player that his options for his evening meal were very limited: he couldn’t regularly go out to eat because the food in restaurants would not meet the requirements of his Periodised Nutrition plan, and he would be recognised and approached; he couldn’t regularly get takeaways as they are notoriously unhealthy and the delivery staff would find out where he lived, and he couldn’t really cook for himself as he didn’t have the skills and would get recognised and approached if shopping in the supermarket regularly. Having a Performance Chef come to his home to cook the meal was the perfect solution for him, so it would likely be the perfect solution for many other players.

At about this same time, Becky was getting restless in her office job and when Rachel broached the idea of the company and explained the concept of the Performance Chef service, it seemed like an exciting and interesting change of direction. She immediately jumped on board and Discreet and Delicious Performance Chefs were born!

Becky’s role is mainly ‘running’ the business, but she is also a very capable chef and has, in addition, taken qualifications in nutrition.

Our Performance Chefs already have a good understanding of performance nutrition, but we also like to work with the athlete’s personal or team’s nutritionists to ensure that we are providing exactly the food that they need and none of the food they shouldn’t have. We understand and adhere to periodised nutrition plans, which defines WHAT an elite athlete should eat on any given day, but we can also influence the WHEN. By being in the house regularly we are also able to introduce and maintain a routine in the evenings so that the athlete is eating, not only the right things, but at the right time as well.

A lot of the food recommended by nutritionists, whilst undoubtedly good for the athlete, can be rather dull and uninspiring. What we do is add the cheffy know-how to make those foods interesting and tasty without diluting the nutritional value.

Improve your performance, minimise injuries and prolong your career. Contact us for more information about having your own Performance Chef.