The Relationship between Nutrition and Sleep

It is now widely accepted in the Sport Science world that nutrition has a clear link to performance and recovery for elite athletes, fuelling the body and repairing the damage of punishing daily workouts. Less clear is the nature of the link between nutrition and sleep, but there undoubtedly is one, and more research is now being undertaken within the fields of both general and sleep medicine and Sport Science to improve our understanding and decide how best to make use of the knowledge. 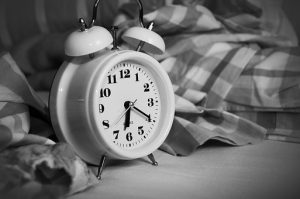 The Relationship between Sleep and Elite Athletes

According to data published by renowned French Sport Scientist, Yann Le Meur (https://ylmsportscience.com/2016/05/15/basics-simple-tips-to-fix-sleep-problems-by-ylmsportscience//), 46% of elite athletes (sample of 107 professional ice hockey players) reported sleep disturbance at night, during the competitive season. Yann managed the physical development of Kylian Mbappe, winner of the Best Young Player as France won the 2018 World Cup in Russia after some phenomenal performances, during his time at AS Monaco so he knows what he’s talking about!

There are likely to be a variety of factors which cause poor sleep amongst athletes, as there are in the general population, but there is also a clear correlation between good sleep and improved athletic performance, which means that being a poor sleeper is more of a problem for an elite athlete than it is for most people.

Unsurprisingly, food can help with the problem of poor sleep. The food you eat affects the chemical reactions going on in your body and it is chemicals which govern how the body runs. Not just what you eat, but when you eat it can make a difference to your quality of sleep. There are four key thrusts for using nutrition to aid sleep and Sport Scientists, and the elite athletes they work for, are beginning to pay attention to them: first, chemical regulation of the body clock and sleep hormones; second, low-level sedation; third, the effect of digestion, and finally, sleep inhibitors.

The second way in which food and sleep are connected is that some foods can act as mild sedatives. The medical definition of a sedative is “a drug that calms a patient, easing agitation and permitting sleep”. They generally work by modulating signals within the central nervous system. Drugs such as diazepam, ketamine and fentanyl are manufactured specifically for the job of medically sedating patients, but many of the same properties can be found naturally in foods and drinks. It is widely known that herbal teas such as camomile or passion fruit can have a sedative effect and many elite athletes do drink these in the evening. However, magnesium rich foods like spinach, nuts, seeds and fish also help to calm the body and induce sleep. Magnesium helps support deep sleep by maintaining healthy levels of a neurotransmitter called GABA (gamma-Aminobutyric acid), which reduces neuronal excitability in the central nervous system. Elite athletes have to be especially careful which medicinal drugs they can safely, legally and morally take, so it is a big advantage to them if they can get the same effect from their diet, with the help of their Performance Chef.

The timing of the evening meal is just as important as what it consists of, particularly for elite athletes who often have to be up very early in the morning for training. After eating, the body is busy digesting the food so it can’t shut down sufficiently to sleep. Eating the evening meal at least 3 hours before going to bed will ensure that the digestion process has finished, allowing the body to shut down and the athlete to go to sleep. Having a Performance Chef not only ensures the athlete eats the right food, but they can also bring routine, structure and discipline to mealtimes in the household.

In addition to the foods and drinks which promote good sleep, there are also certain foods which are known to actively inhibit sleep. Anything which acts as a brain stimulant should be avoided. These include chocolate, potatoes and, bizarrely, aubergine. These items contain high levels of tyramine which the body converts to noradrenaline, a stimulant. Most people know that alcohol, nicotine and coffee are stimulants and should be avoided and hopefully any serious athlete is already avoiding alcohol and nicotine! The other main sleep inhibitors are starchy, fatty or sugary foods, which require a lot of digesting so place high demands on the body’s energy. This type of sleep inhibitor is linked to the timing of the meal, in the digestion section earlier in this article.

Importance of Sleep for Elite Athletes

So, it is clear that what we eat and drink, and when, can significantly affect the quality of our sleep. This in turn affects our ability to function at our best. For elite athletes, who are always on the lookout for ways to make marginal gains in performance, it is yet another reason for them to have the proper nutrition at the right time. Good sleep allows for optimum physical recovery and for the body to feel as fresh as possible, but also, a lack of sleep leads to tiredness which leads to poor decision making. Most sport is fast-paced and requires athletes to make split second decisions which could be the difference between winning and losing.

Our Performance Chefs already have a good understanding of performance nutrition, but we also like to work with the athlete’s personal or team’s nutritionists to ensure that we are providing exactly the food that they need and none of the food they shouldn’t have. We understand and adhere to periodised nutrition plans, which defines WHAT an elite athlete should eat, but we can also influence the WHEN. By being in the house regularly we are also able to introduce and maintain a routine in the evenings so that the athlete is eating, not only the right things, but at the right time as well.

A lot of the food recommended by nutritionists, whilst undoubtedly good for the athlete, can be rather dull and uninspiring. What we do is add the cheffy know-how to make those foods interesting and tasty without diluting the nutritional value.